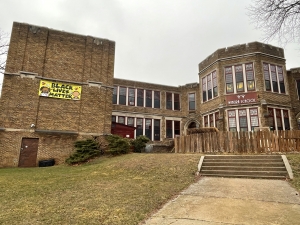 Wingra School, in service of social justice, strives for equity and fosters responsibility, advocacy, and compassion. We recognize the existence of institutional racism that has excluded Black, Indigenous, and other people of color from positions of power, and contributed to their discrimination, persecution, incarceration, and execution. We recognize that we live in an unjust society. We know that racial injustice has existed since before our country was formed. We recognize that we have played a role in the systems of inequality and we are working to make changes to upend that. That has been a tenet of Wingra School’s progressive mission since its inception: to educate and to work for a more perfect union.

Like many people, the Wingra School community believes that each of us must put our efforts toward building a better, kinder, safer, and more just society. We know that if we want peace for all people then we must work for justice. For ALL. And in the United States, there has yet to be justice for all. Yes, all people matter, but we cannot make that claim realistically at this point in time due to systemic racism and a culture of discrimination, which permeates our thinking, consciously and unconsciously. Attention needs to be paid to those whose lives are not equally valued in our society.

We are working to be co-conspirators in the war against racism, inequality, and injustice. Being a co-conspirator is about the action we take, not just language, emotion, or thoughts and prayers. We work toward the goal of a future where people of color share in the political, economic, and cultural power in all of our communities. We do this by teaching about the socially constructed institutions that uphold racism as well as the ways people have been able to make positive changes in the past and for our future. Empowering people to use their voice and their power to fight white supremacy through education is one way we choose to be anti-racist. We have hung a beautiful banner created by local artist, author, entrepreneur, and social activist, Lilada Gee, to publicly acknowledge continued racial injustice and to declare that Black Lives Matter.  We know that all lives will be improved when the lives of people of color matter. We want to live in a world where we know BLACK LIVES MATTER, not because we say those words, but because our actions make it so.

Please email johanna@wingraschool.org with any questions or to schedule a tour. She’d love to hear from you.

Are you a local business in need of a performance space? A local artist, musician, or gardner who enjoys collaboration? Email johanna@wingraschool.org with any ideas. It’s important to stay connected.